The Reduce Risks from Invasive Species Coalition (RRISC) is a 501(c)(3) organization that educates Americans on the risks posed by invasive species to the economy, environment, and public health of the United States, and promotes cost-effective strategies to reduce those risks.

Invasive Species of the Month: Phragmites 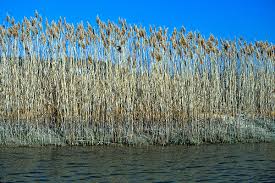 Phragmites is a wetland grass that grows along the Atlantic coast. Otherwise known as common weed, it grows aggressively, at times up to 15 feet tall. There are two main subspecies found in on the East Coast: a native and a nonnative species. The native species of phragmites is rare, non-invasive, and is inclined to live in a mixed wetland. The nonnative species was brought to the US accidentally in the late 1800s from Eurasia. Since then, invasive phragmites has spread by targeting wetlands that have been disturbed, either by natural or human causes. Hurricanes wash away soil and tear away trees from wetlands, leaving an optimal situation for phragmites to establish itself. In human-induced circumstances, phragmites flourish in man-made ditches, abandoned hay roads, and other areas of human interaction.

Once phragmites is introduced into an area, it spreads by horizontal underground rhizomes, which create thick underground mats that send out roots and shoots that create new plants. They can expand up to 30 feet per year, contributing to phragmites’ quick spread. Its inclination to live in a monoculture prevents other species from cohabiting the marsh.

Phragmites reduces the biodiversity of a marsh.  Since it grows as a monoculture, it blocks out native marsh vegetation. It provides little to no food or shelter to wildlife in the marshes, while eliminating preexisting habitats for fish and birds.  As a perennial, phragmites dies back every fall, leaving dry vegetation in its place. The high concentrations of dry plant material put communities at risk to fast-spreading fires, threating residential, commercial, and natural areas.  On a positive note, there is speculation that coastal phragmites could help protect marshes from rapid sea level rise.

Due to the thick mat of rhizomes underneath the phragmites, it has proven very difficult to control and remove the species. Biological controls are often costly and have very little positive impact on the invasive plant. It is time consuming and ineffective to physically remove the dense mat of underground rhizomes, not only because of the type of machinery needed, but also because extreme care must be taken to prevent introducing the species elsewhere. Additionally, established phragmites have allowed humans to develop in low-lying marsh areas, so removal of the plant may restore tidal flow in impractical areas.

Careful application of herbicides to phragmites, especially when used simultaneously with non-chemical methods, has proven to be one of the most successful methods of controlling the spread of the species. It is important to understand and target the landscape issues that allowed the phragmites to invade. Usually, herbicides must be applied multiple times to ensure the whole plant is treated and killed. 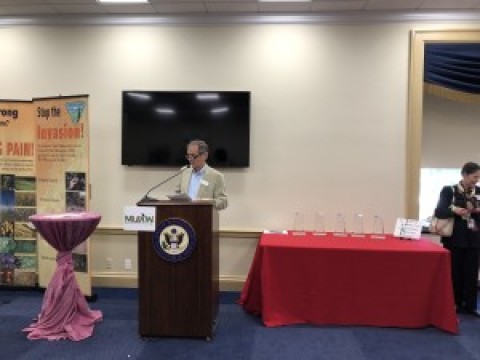 In cooperation with Representatives Mike Thompson (D-CA) and Elise Stefanik (R-NY) as Co-Chairs of the Congressional Invasive Species Caucus,...

Each year, RRISC recognizes legislators, state and local government agencies, nonprofits, and businesses for their achievements in addressing invasive...

By: Stephanie Licciardi, RRISC Correspondent Phragmites is a wetland grass that grows along the Atlantic coast. Otherwise known as... 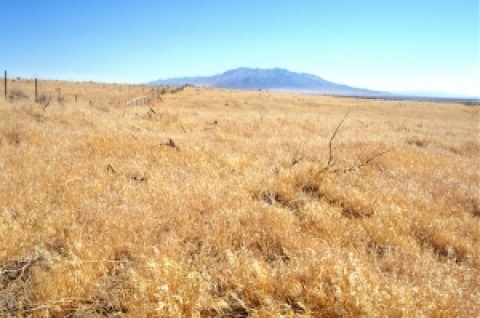 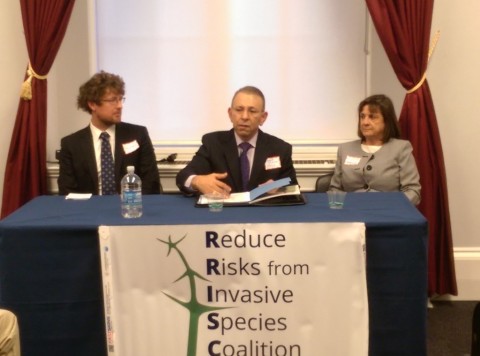 RRISC Holds Seminar on Pests in the Wine Industry 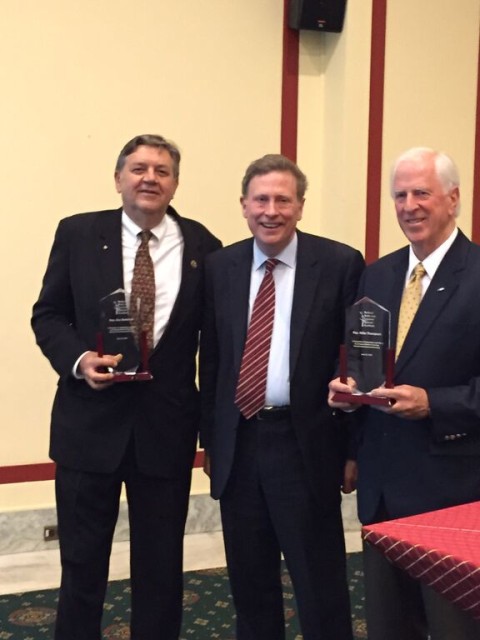 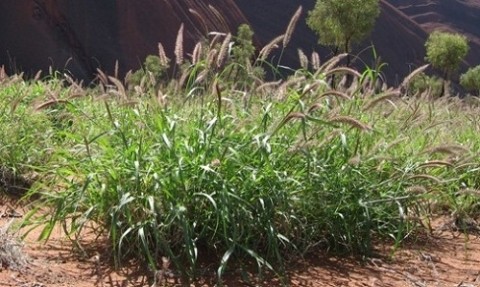 Buffelgrass (Pennisetum ciliare) is a short, shrubby grass found in deserts in the Southwestern United States, notably the Sonoran... 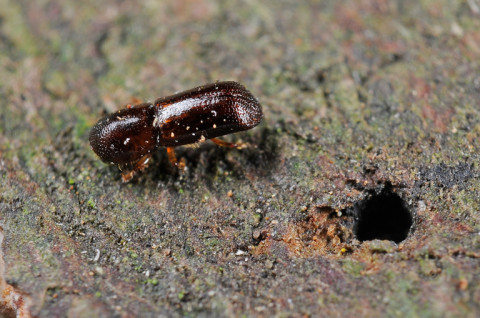 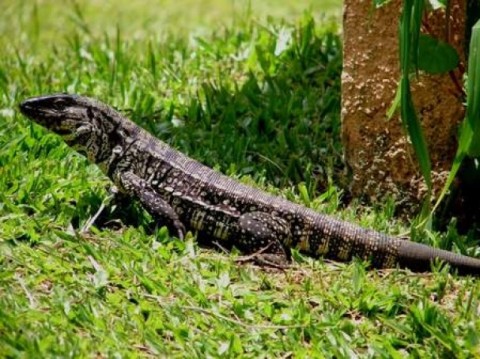 While many believe the Burmese Python is the most troublesome invasive species in Florida, most signs now point to... 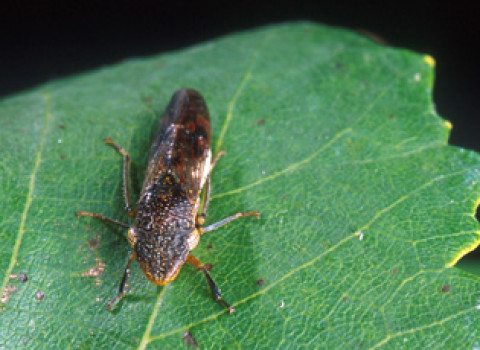 The glassy-winged sharpshooter (Scientific name: Homalodisca vitripennis) is an insect native to north-east Mexico and the southeastern United States.... 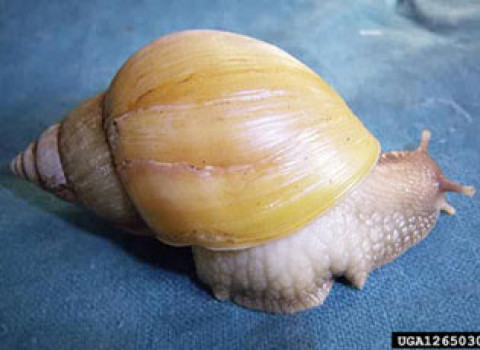 The Giant African Land Snail (Scientific name: Lissachatina fulica) is native to East Africa, but invaded Florida in the... 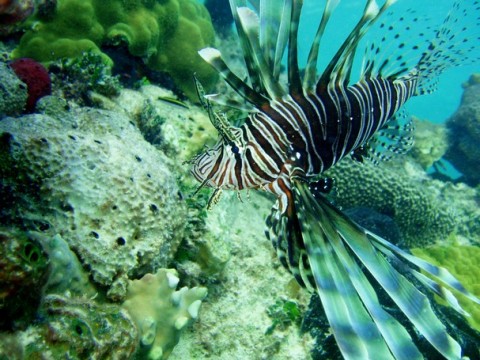 The lionfish (Scientific names: Pterois volitans and Pterois miles) is a beautiful, feathery-looking fish with venomous spines and a voracious appetite.  Florida... 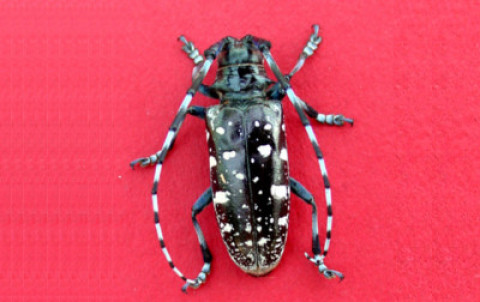 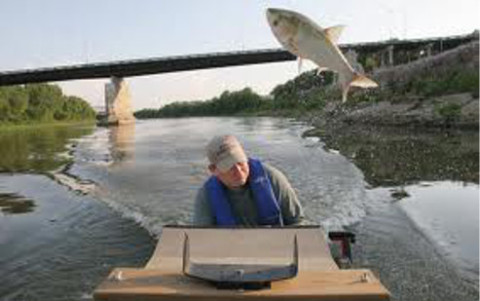 Asian carp were introduced into the United States by fish farmers who wanted to control aquatic vegetation in their... 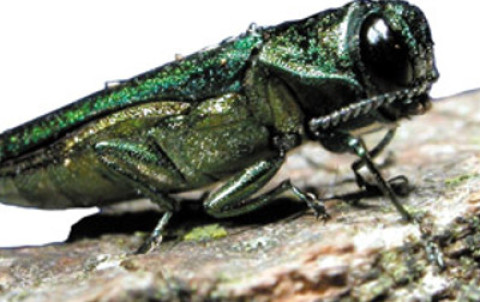 The Emerald Ash Borer (scientific name: Agrilus planipenni) was introduced accidentally into Michigan in packing material from Asia in... 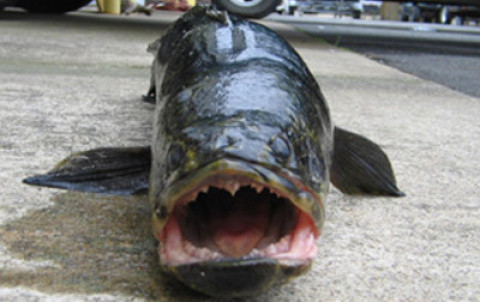 The northern snakehead (scientific name: Channa argus) is a voracious predatory fish native to eastern Asia that was first... 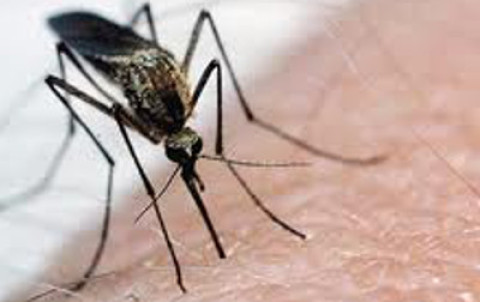 Primarily an avian disease, West Nile Virus is native to Africa. It entered the United States in 1999, most... 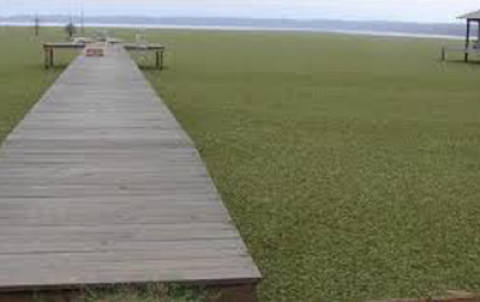 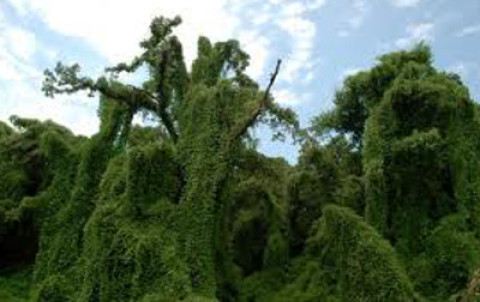 Kudzu (scientific name: Pueraria montana var. lobata) is an aggressive invasive terrestrial weed from Asia that was introduced into... 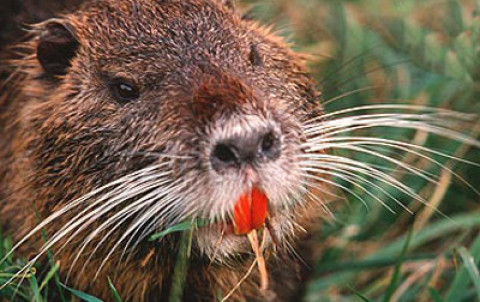 The Nutria (scientific name: Myocastor coypu), which is native to South America, is a very large rodent that was...

Daniel P. Molloy, a biologist, examining rocks at Sleepy Hollow Lake in Athens, N.Y., for zebra mussels. He is... 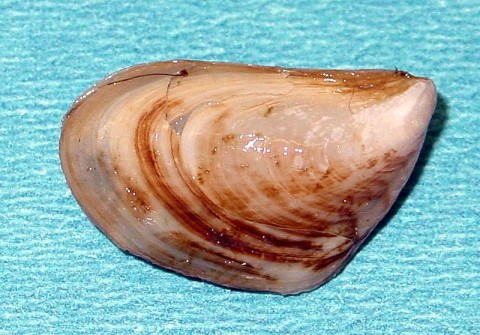 From the National Park Service, Department of the Interior The lingering drought that has dropped water levels along the...

Scientists have discovered Asian carp eggs farther north in the Mississippi River than ever before, the U.S. Geological Survey... 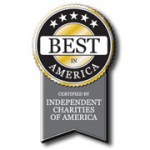 RRISC is honored to have the following national conservation leaders join our Distinguished Advisory Board:

The Honorable Gale Norton
former Secretary of the Interior

The Honorable Lynn Scarlett
former Deputy Secretary of the Interior

Richard D. Otis, Jr., President of RRISC, is a nationally recognized expert on environmental policy, with a unique understanding of tools and information technology used to drive performance, and, most recently, focused on leveraging these tools to address environmental challenges facing China.

Stephen Dawson, Counsel for Dawson and Associates, earned a BA from Tulane University and his JD from the University of Baltimore Law School. He is currently finishing his L.L.M. in Environmental Law at George Washington University Law School. His thesis is on the Environmental Protection Agency’s use of administrative compliance orders for Section 404 permit violations after the Supreme Court’s Sackett v. EPA decision. Steve is a member of the Virginia Bar Association.
Robert (Bob) J. Johnson is the immediate Past President of the Wildlife 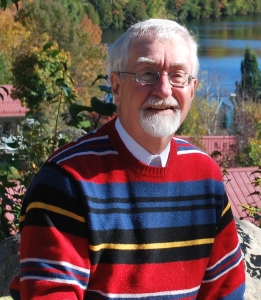 Habitat Council.  Bob served 17.5 years with WHC, the last 6.5 as their President.  Bob has a BS degree in Physics from Virginia Tech, and an MS in Oceanography from New York University. Prior to joining WHC, Bob worked at the World Bank developing Water Policy, the Air and Waste Management Association, the Tennessee Valley Authority, and the U.S. Environmental Protection Agency, where he focused on estuarine and freshwater resources in the agencies Office of Water.

As The Economist reported in its September 2013 Special Report on Biodiversity:

In July 2014, Time Magazine reported that:

“From Russian beetles to giant African snails, the U.S. is under assault – and it’s costing us billions.”

Engage a broad-based group of stakeholders and all levels of government in non-regulatory risk-based strategies to accomplish the mission.