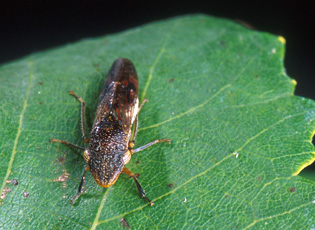 Glassy-winged sharpshooters eat a large variety of plants, but they prefer economically significant grape vines, citrus, and almond trees. Sharpshooters lay their eggs on the underside of leaves, and when the eggs hatch, the nymphs feed on the host plant’s vascular system.

Extremely localized application of pesticides may be used to control pockets of infestation. Controlled release of a specific wasp species has been shown to eliminate infestation of egg clutches. Bacteria and viruses that are natural enemies of the glassy-winged sharpshooter may be cultivated and applied to colonies.