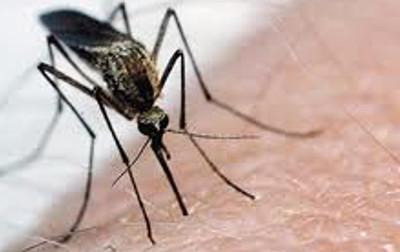 Primarily an avian disease, West Nile Virus is native to Africa. It entered the United States in 1999, most likely through an infected international traveler. The virus subsequently was transmitted by birds that had been bitten by mosquitos infected with the virus, including the aggressive and invasive Asian Tiger Mosquito.  After doing severe damage to some North American bird populations, the virus also spread from infected birds to humans and other domestic and wild mammals across the country. By 2012, more than 1,500 Americans had been killed by West Nile virus, and more than 37,000 had been diagnosed with the disease.