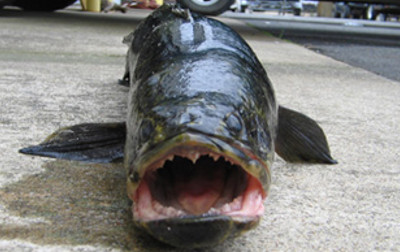 The northern snakehead (scientific name: Channa argus) is a voracious predatory fish native to eastern Asia that was first discovered in Maryland in 2002, having been released from fish markets or the aquarium trade. It has thoroughly infested the Potomac River Basin, and isolated populations have also been found in lakes and rivers in southern California, Arkansas, Illinois, and North Carolina. It competes with and preys upon many native fish.